This evening after dinner the kids and I were hanging out in my craft room listening to music on my computer and doing a little dancin'. All three of us were playing together. (famous last words coming up) And then I only turned my back for a second to turn the volume up a bit.

When I turned back around Bradley was coughing a bit and he was pulling on the skin of his neck like a wattle. Mother's Instinct immediately clicked and I *KNEW* he had swallowed something. I calmly grabbed his hand and began walking him to the kitchen. His coughing slowed down and I asked if he was okay - he said his throat hurt. I gave him some of my ice water (which I happened to leave sitting on the counter half-empty (one of Mike's pet peeves)). (Also, I'm trained in CPR and first aid and such and I knew he wasn't choking or anything at this point, so don't panic!)

Here is the conversation that followed (because I know y'all can never get enough of my boy and his genius).

Me: Bradley, are you okay?

Me: Did you put something in your mouth?

Me: What did you put in your mouth?

Me: (after feeling his neck and doing a quick once-over in his mouth) What color was the cough?

Yup. Just a like a button. A button that perhaps came from this tray of chokie-bits. A tray that just yesterday I told Chloe to leave alone. A tray that she did not leave alone, but moved to floor to get a closer look at the shinies. Shinies which are also chokies. 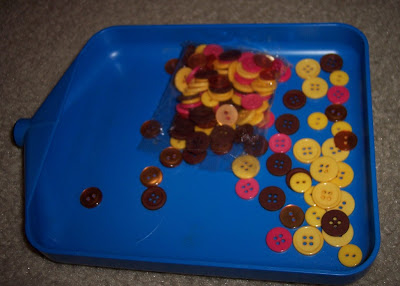 So, now I'm on the great Button Hunt of 2009. As is my darling day care provider, bless her heart. My sister (an urgent care nurse) says to search for the next 48-hours, and if it doesn't find its way out by then to bring Bradley in for imaging.

Oh, yes, I shared that information with Bradley, too. I asked why (WHY?!) on earth he would put a button in his mouth and he said he didn't know, but that it hurt his throat. He also said it was going to hurt his tummy. And mama let him know that's not all that's going to hurt!

Later, Mike was wondering what would happen if it got stuck. I explained we would get an ultrasound or x-ray to see where it was. And he said no, what if it got STUCK there. You know, like this.... 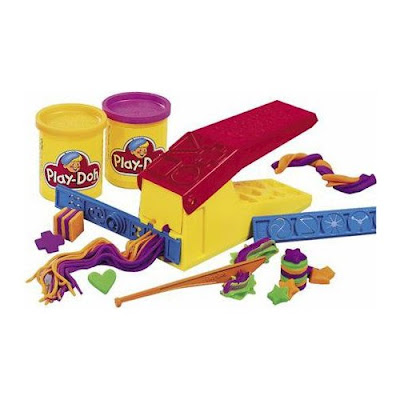 And that, my friends, is a typical evening with the Cross family. Good-night.
Email Post
Labels: family

Imagine That Digistamp said…
ROTFL... I just LOVE your stories!! Why is it so easy to laugh at others' misfortunes but it's dreadful when it's our own! Kinda like laughing when someone else falls or runs into a wall! LOL. SO SORRY!! Hope it all comes out okay! :)
March 11, 2009 at 8:04 PM